In memoriam – A sad loss to the world of funeral directing

In memoriam – A sad loss to the world of funeral directingrosedalefuneralhomecouk_mainAugust 14, 2019January 8, 2021

It is with great sadness that we share the news of the passing of Derrick Leeder Dip. FD., M.B.I.E. Born on 31st October 1942, Derrick joined G N Rackham & Sons Ltd – Builders and Funeral Directors in 1964 and quickly worked his way up through the ranks. Derrick passed his Diploma in Funeral Directing in December 1976 and following a period of training with Lear’s of London was admitted to membership of the British Institute of Embalmers in February 1978. In 1990 the family business of Rackham’s Funeral Service merged with the family businesses of Nicholas Taylor and Richard Bartram to form Anglia Funeral Services within which Derrick played a senior management role for 10 years. When the business was sold out of family ownership, and the focus shifted from the care of the families, Derrick left to become a founding Funeral Director of Rosedale Funeral Home. Sadly, he passed away following a heart operation within days of Rosedale celebrating their 15th anniversary. Having served bereaved families for more than 50 years, Derrick will have seen so many changes in the profession from arranging funerals in his little black book, where the choice of coffin amounted to solid for burial and veneer for cremation and arranging funerals to take place within just a few days, even the next day sometimes. Derrick embraced change every step of the way, keeping abreast of new technology as on-line memorials and visual tributes became the norm, alongside colourful and eco-coffins, personalisation and fingerprint jewellery. Derrick had built up a professional reputation that was second to none and he was respected by members of the clergy, local doctors, his professional colleagues, and of course the bereaved families in the community that he served in Diss and the wider area of South Norfolk and the Waveney Valley. Derrick was a calm and patient man, totally unflappable and set the highest of standards of care for the deceased and bereaved alike. He was mentor to many, often taking new staff under his wing and was always so generous with the sharing of his wisdom and experience. He was a much loved and respected Christian gentleman who remained true to his values throughout and will be sadly missed in the profession. He has touched the lives of so many and leaves behind some wonderful memories and some big footprints in which all his friends and colleagues at Rosedale will do our best to follow. Derrick’s funeral will take place at the Diss Salvation Army on Wednesday 21st August at 2.30 pm. For more information, to leave a tribute, share a memory or make a donation in memory of Derrick for the East Anglian Children’s Hospice or the East Anglian Air Ambulance, please visit his tribute page.
RELATED POSTS
Running a funeral home during a pandemicLaura RackhamJanuary 18, 2021January 18, 2021 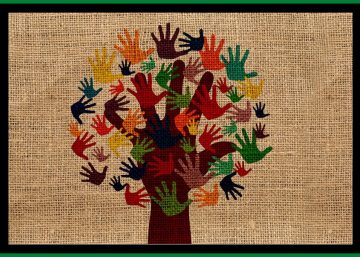 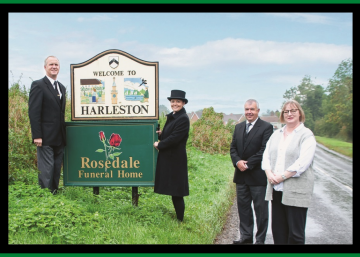