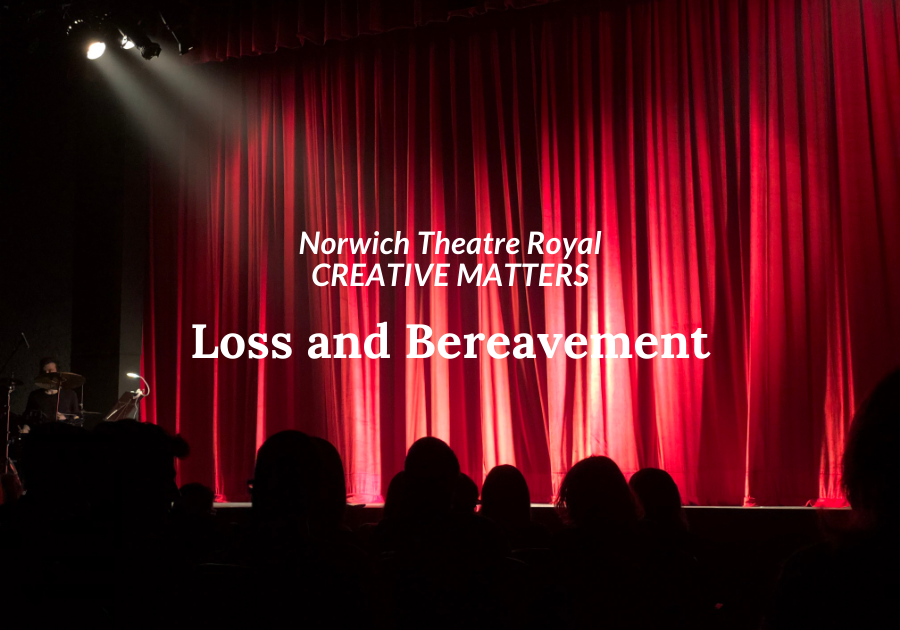 Personal journeys of loss and bereavement are being explored in the first Creative Matters season of 2020.

The subject which can be a taboo to many will be examined in a number of creative ways across Norwich Theatre’s three stages throughout April.

Being presented in association with Rosedale Funeral Home, it will focus specifically on children and parents and how they deal with the aftermath of a death. Norwich Theatre Royal will host A Monster Calls from April 21-25 which tells the story of 13-year-old Conor who is living with his mum after his dad moved to America. Unfortunately she is very ill and will not get better, and his grandmother keeps interfering in his life. One evening, a creature wakes up Conor to tell him a story which makes him realise he must face his deepest fears.

This production, aimed at children and adults, is an adaptation of the best-selling novel which explores love, loss and healing. The book gained incredible critical acclaim and awards for both children’s literature and illustration. At Norwich Playhouse, Vamos Theatre will bring Dead Good to the stage on April 1. It features Colin who has a dicky heart and Bob who realises he is lucky to reach 70 because of his misspent youth. When Colin’s GP gives him some bad news, the pair decide the only thing they can do is give the Grim Reaper a run for his money.

Aiming to celebrate the spirit of not taking things lying down, this funny wordless theatre show celebrates the unexpected joys of a jolly good death. April 1 will also see a mini-conference at Stage Two which aims to examine why death remains something many people do not want to talk about and how everyone can be helped to face the inevitable. There will be keynote speeches from Rachael Savage, from Vamos Theatre, and Departure Lounge which is gathering information about what is important to people at the end of their life to help shape healthcare policies. There will also be a discussion with an expert panel including Anne Beckett-Allen from Rosedale Funeral Home and former city senior coroner William Armstrong, who works with many organisations that support the bereaved including Cruse, Nelson’s Journey which assists young people dealing with grief, and the Suicide Prevention Partnership.

There will also be an Easter holiday programme of family events on Stage Two from April 14-18 which explores grief through workshops, activities and films, plus a performance of Grandma On The Moon at Stage Two on April 18. It tells the story of 10-year-old Timmy and five-year-old Poppy who go on an action-packed adventure to find Poppy’s grandma who has recently died. Using music, movement and drama, the exciting adventures of the pair help to show how someone can be kept alive in our hearts and minds even though they are no longer with us.

Glass House Dance will also be sharing some of their research and practice from their newest piece The Grief Project through a workshop on April 20. They have been working with professional dancers and community performers to capture a snap shot of people’s physical experience with grief. In addition, Norwich Theatre Royal will host an exhibition throughout April called What Is Left, part of The Grief Series by Ellie Harrison, which explores how our possessions help our memories of those who have died.

One of the key aims of the season for all participants is to get people thinking and talking about bereavement. Anne Beckett-Allen of Rosedale Funeral Home, explained: “We have tried hard for a lot of years to broach the question about death and dying because it is a taboo subject and we see the consequences of someone coming to see us who may not have had conversations with people who have died.

“Although we have tried to do our bit at Rosedale with open days and tried to get people in the funeral home, there is such a huge resistance to breaking this down. When we saw what the theatre was doing with Creative Matters, it was just an ideal way to reach a wider audience than we could ever do on our own.”

John Bultitude, of Norwich Theatre Royal, added: “The latest Creative Matters season will tackle something we all have to deal with in a thought-provoking and creative way. Whether it is seeing a production or participating in activities, the month of April will explore this difficult subject in a number of diverse ways.”

Simon Wright is chief executive officer of Nelson’s Journey, a Norfolk charity that provides support for bereaved children and young people. He has written the... 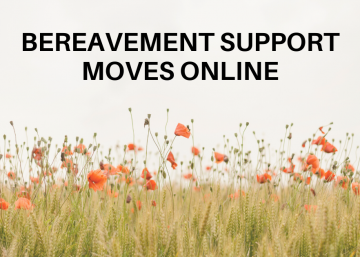 Extra help has begun for people dealing with grief and needing a listening ear as Rosedale Funeral Home moves their bereavement support online. As the...

In these uncertain times, what can already be a hard day for many can become much more difficult. Lucy Coote, the Community Ambassador for Rosedale...